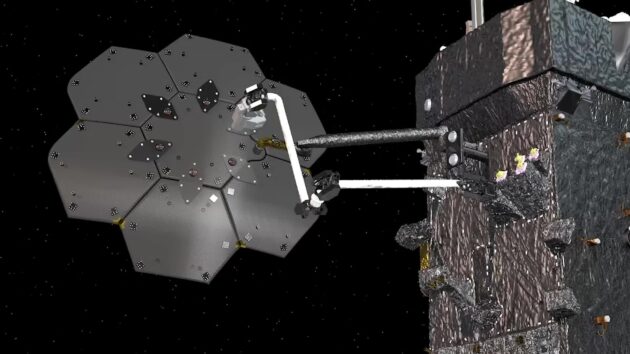 NASA has awarded a $142 million contract to Maxar Technologies for a demonstration of in-space construction technologies, including the robotic assembly of a communications antenna and the production of a structural beam.

The beam-manufacturing device, known as MakerSat, is being provided by Tethers Unlimited, a space technology company headquartered in Bothell, Wash.

Maxar, Tethers Unlimited and other partners — including the West Virginia Robotic Technology Center and NASA’s Langley Research Center — will have their hardware integrated onto NASA’s Restore-L spacecraft, which Maxar is getting ready for launch in the 2020s.

Restore-L’s main mission is to show how satellites can be serviced and refueled robotically in low Earth orbit, with the Landsat 7 Earth-observing satellite chosen as the potential test target. After that demonstration, Maxar’s Space Infrastructure Dexterous Robot, or SPIDER, will take on the assembly task.

Using its 16-foot-long robotic arm, SPIDER will put together seven structural elements to form a functional 9-foot-wide communications antenna. The procedure was demonstrated successfully during a ground demonstration in 2017, when the program was called Dragonfly.

The space-ready SPIDER will be built by Maxar’s team in Pasadena, Calif. The same team has delivered six robotic arms for NASA missions to Mars, including the arms for the Mars InSight lander and the Mars 2020 rover.

After assembly, the antenna will demonstrate Ka-band radio communication with a ground station. Then it’ll be MakerSat’s turn. Tethers Unlimited pioneered MakerSat’s technology with $875,000 in financial support from NASA, in the form of two Small Business Innovation Research grants.

During the Restore-L mission, SPIDER will put the MakerSat device into position to fabricate the lightweight carbon composite beam and attach it to the spacecraft. The beam’s shape and strength will be checked to determine if space-built structures are different from structures manufactured on Earth. 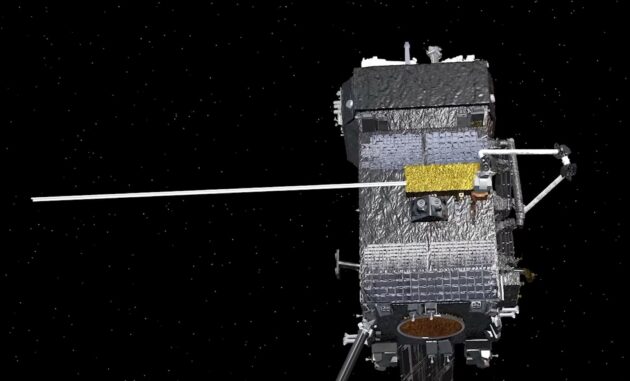 If SPIDER and MakerSat work as envisioned, that could open up a whole new frontier for in-space manufacturing. NASA and commercial space ventures could manufacture bulky or lengthy structural elements in space rather than having to send them up pre-made. Assembly robots could piece together components for spacecraft that might be too big to fit inside their launch vehicle in finished form.

“We are continuing America’s global leadership in space technology by proving we can assemble spacecraft with larger and more powerful components, after launch,” Jim Reuter, associate administrator of NASA’s Space Technology Mission Directorate, said today in a news release. “This technology demonstration will open up a new world of in-space robotic capabilities.”

The possibilities include assembling space telescopes in orbit, or building out structures intended for use on trips to the moon or Mars.