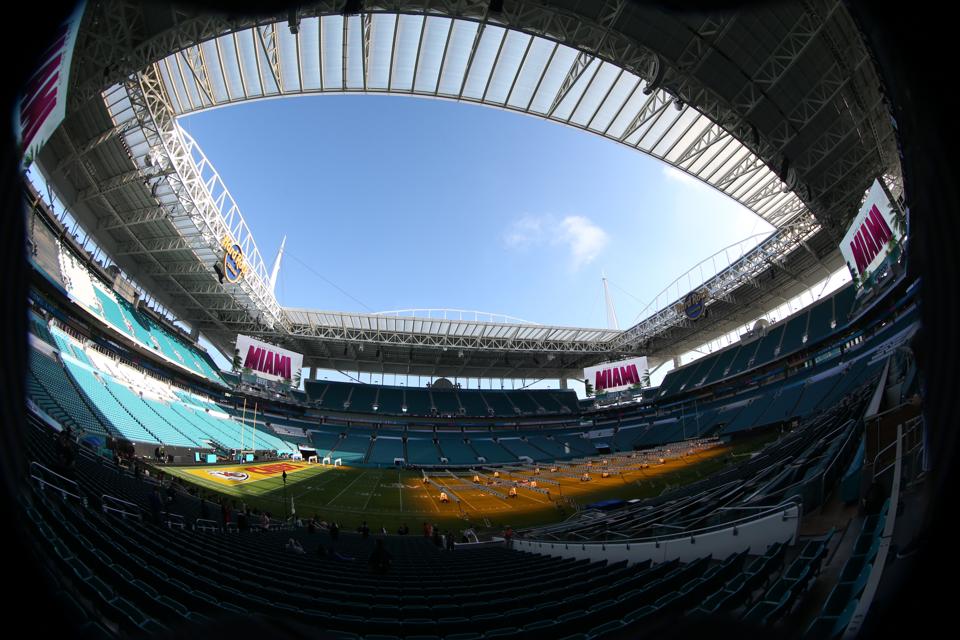 On January 15, 1967, 39 million people tuned in to watch Super Bowl I on their television screens.

With such growth and global appeal comes ever increasing technological demands on one of the biggest sports events on the planet.

Already Verizon has invested $80 million in providing host city Miami with technological upgrades, including what is reported to be be the most significant 5G launch in the U.S.A to date.

Miami, home of of the NAP (Network Access Point) of the Americas-featuring 160 network carriers and acting as a pathway for data traffic from the Caribbean and South and Central America to more than 148 countries-has the benefit of being one of the U.S.A’s strongest network cities already. 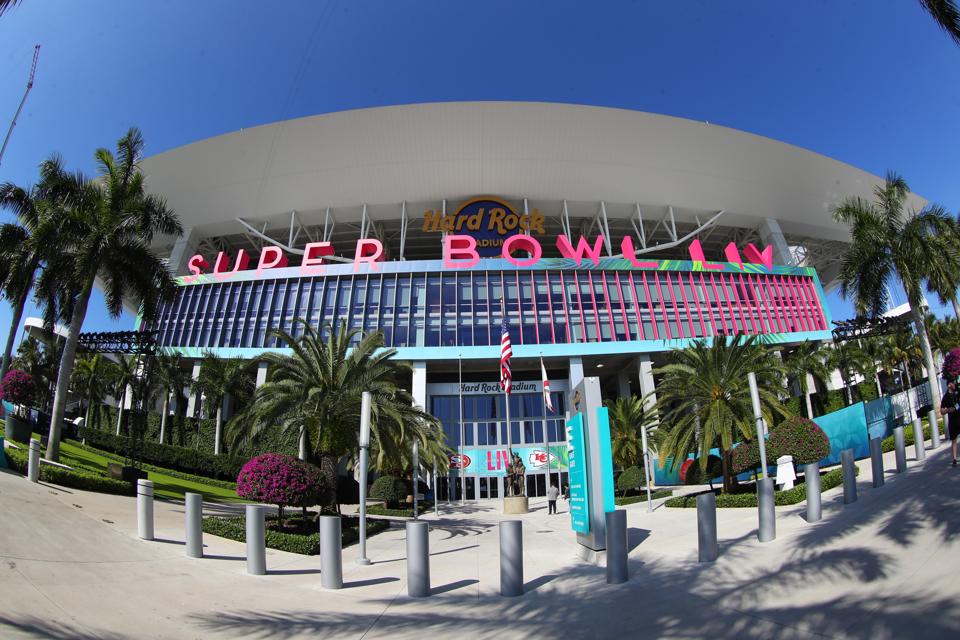 Jason Carolan, chief innovation officer at Flexential, believes that there are significant challenges in ensuring security is effective at an event of this magnitude.

As part of the event security, the NFL and Hitachi have partnered to operate facial recognition technology within the stadium

Carolan adds: “There is an increased requirement and emphasis around event security, that may have taken a bit of a backseat in the past but is now top of everyone’s mind just over the course of last 10-15 years.

“The first thing these venues want to make sure is public safety is in place.

The facial recognition is to reduce potential of having ‘bad fans’ who have been kicked out of other facilities.

“They will also do things like looking out for dropped bags where people have scampered off and that will set off an alert, an anomaly, to check it out.” 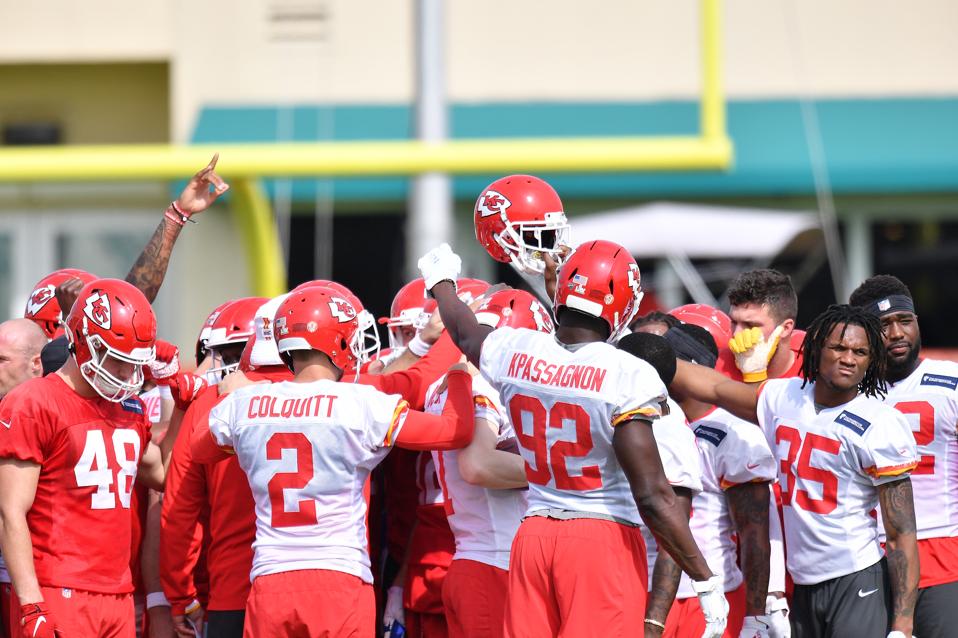 The trend towards improving technology and data access has, in many parts, become even more important than the actual sporting event itself.

Carolan says: “Increasingly, the events have become technology showcases in and of themselves which is pretty exciting.

“I would expect it is a four year process with a lot of hard work over the last couple of years to get the 5g capacity and all the other tangential service capacity into that region.”

Carolan is also convinced that increasing technological capabilities is crucial to attracting and retaining future fans, not just for American football but for all major sports.

“It is a self-directed fan experience. It is not something necessarily unique within NFL but you think about all the data feeds in that facility, you want to be able to bring that to the fan, you almost want the fan to direct their own experience beyond the field, beyond the monitors in the field.

“That provides a really dynamic experience that links them into what is going on at the game, being able to look at specific plays on demand.”

For Carolan and Flexential, who are partnered with Major League Baseball, they will be watching the Super Bowl closely for sings of what the future holds.

He adds: “The fan at home is still sort of catching up to what that reality might be. We are not quite there yet in terms of delivering that fan experience and the dynamic pieces of that outside the stadium, that will be the next step

“How do I recreate a deeply personal experience at home just like I am creating it inside the stadium where I’m paying £9,000 a ticket?” 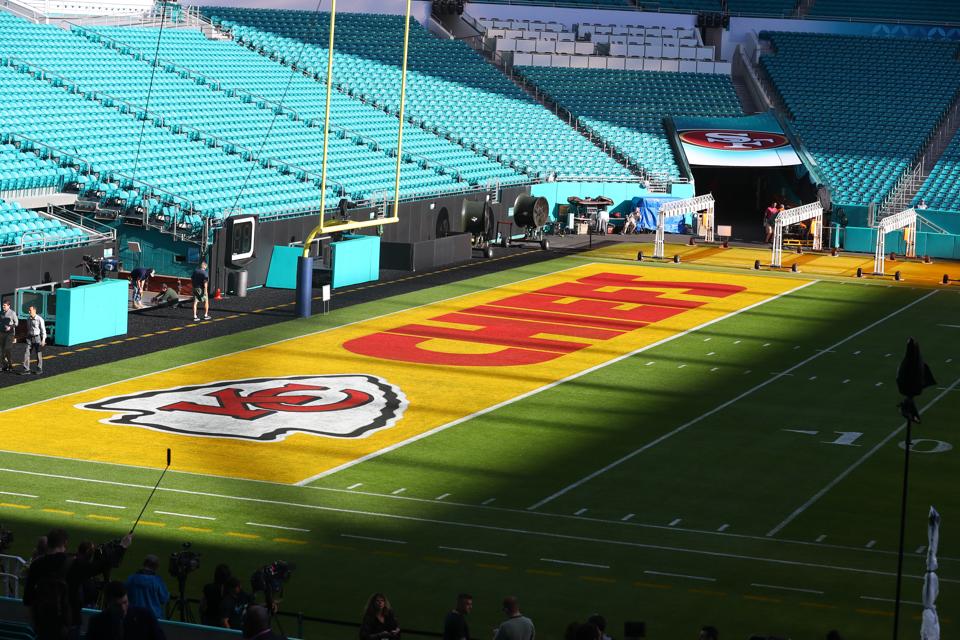 The capacity of Hard Rock Stadium is around 64,767 for American football matches

And, in terms of their work with MLB, Carolan is excited about the potential gains that can be made to fan experience as computer technology advances.

Carolan says: “It is about taking raw data feeds and turning them around in a smart way back to their audience base so they can benefit. If you want to see a play or you like this player, you are able to follow them around and that is just a different fan experience.

“Today your view is controlled by a director in a New York headquarters but being able to flip that around by saying we want to watch our favourite player, what are his stats and track him through the game?”

“To do that they need a computer deployment to match the data deployment. It is a bit chicken and the egg but it is all coming together and it will prove to be a really interesting three years for the entertainment industry.”

Nuclear weapons in an age of emerging technologies - Penn: Office of University Communications

Nuclear weapons in an age of emerging technologies – Penn: Office of University Communications

Use Windows Update Troubleshooter to Fix All Problems