One of the first 5G smartphones introduced in Japan, the Galaxy S20 5G, which has a relatively compact body as a 5G smartphone, is equipped with three cameras, including a telephoto of 64 million pixels, and a 30x zoom and 8K video. It’s a very powerful smartphone with a powerful camera function that allows you to shoot. Let’s take a closer look at the functions and performance of the Galaxy S20 5G, focusing on the camera function.

Compact body and easy to hold

First, check the appearance. The Galaxy S20 5G is the most compact model in the “Galaxy S20” series, with a display size of 6.2 inches, a body size of about 69 x 152 x 7.9 mm, and a weight of 163 g. It is about one size smaller than the 5G smartphones of each company introduced at the same time, and it is one of the 5G smartphones that is easy to hold with one hand.

However, the display uses QHD + (3200 x 1440 dots) organic EL, realizing a design like the Galaxy series that is curved and rounded for easy holding. Also, like the previous model “Galaxy S10”, it uses a punched hole structure with the front camera part cut out.

In addition, fingerprint authentication and simple face authentication used to unlock the screen are adopted for biometric authentication.The fingerprint sensor is built into the display by taking advantage of the characteristics of organic EL, and the design of the main body is not damaged. There is. You can see how they are actively incorporating the latest smartphone design trends.

On the other hand, the back side is very simple, with no logos other than the top left camera being placed. However, since the camera part is rectangular and somewhat large, it is regrettable that the protrusion is a little worrisome.

Of these, the telephoto camera will probably be the focus of attention. Actually, this telephoto camera is called “telephoto”, but the viewing angle is about 76 degrees, which is almost the same as the wide-angle camera (about 79 degrees). In other words, instead of being equipped with a telephoto lens, it is a “hybrid zoom” that realizes telephoto shooting by cutting out a part of the picture taken using the high pixel count.

Huawei, OPPO, etc. are implementing measures such as making the lens a periscope-like structure (periscope) in order to realize high-power zoom on smartphones, but the weakness of the structure is that the size of the camera inevitably increases. There is. Therefore, Samsung Electronics is focusing on the hybrid zoom, which has significantly increased the number of pixels of the camera itself, and has selected to achieve both high-power zoom and downsizing.

Since the high-pixel telephoto camera has almost the same viewing angle as the wide-angle camera, the Galaxy S20 5G can take the same picture as the wide-angle camera with the telephoto camera. If you select “4: 3 64M” in the photo ratio, you can use that function, and although it has a large capacity, you can take more high-quality photos by improving the expression of details using high magnification.

To be honest, there are still few scenes where 8K video can be effectively used due to hardware maintenance issues, but it is certainly convenient to shoot a video in 8K so that it can be used as a photo later. However, since 8K video has a large capacity, you need to be careful of storage when using it.

Another unique feature of the Galaxy S20 camera is “single take.” This means that when you shoot a movie for a few seconds, AI will automatically select the optimal cuts and effects from that and select the best shot. It’s more like shooting a video rather than a photo and selecting the best shot from them, but it may be useful when you can’t decide the composition.

In addition, the functions that have been continuously installed from the Galaxy S10, such as “Live Focus” with a blurred background and “Night” that allows you to take beautiful night scenes, are also available. You can enjoy shooting by choosing various modes.

On the other hand, the front camera has a 10 million pixel / F value of 2.2, which is a conservative spec for a high-end model. New shooting styles such as single take and night mode are available, but it can be said that the main focus this time is on the main camera.

[Summary] The appeal of the “Galaxy S20 +” is annoying

Looking at other performance aspects, the chipset is Qualcomm’s high-end “Snapdragon 865” with 12 GB of memory and 128 GB of storage. Compared to Sharp’s AQUOS R5G, which appeared at the same time, it has less storage, but other than that, it has almost the same performance and can be said to be the strongest class at the moment. Of course, the storage can be increased up to 1TB with microSD, so if you use 8K video, it should be covered there.

In addition, the battery is 4000mAh, which boasts a considerably large capacity despite being compact as a high-end model. It will also be very convenient as it supports wireless charging via Qi.

Regarding communication, it only says “5G”, and of course it supports 3.7G / 4.5GHz band 5G networks of Docomo and au respectively. Like the Galaxy S10, Wi-Fi also supports Wi-Fi 6, so I could not try it this time, but I can expect a communication speed comparable to 1 Gbps at home and outside.

The Galaxy S20 5G is very powerful yet compact, easy to use, and has a camera with features and performance that make it a well-balanced 5G-compatible high-end smartphone. Only the latest model has a hurdle in terms of price, which is more than 100,000 yen in a lump sum payment, but it can be said that it is a model that is widely accepted, except for that.

What’s annoying, however, is that the “Galaxy S20 +”, which has a 6.7-inch and larger screen display, has a depth sensor added to the camera, and is compatible with the 5G millimeter-wave band, is being released. Whether it’s compact enough to use right now or wait a little longer for a big screen is a tough choice. 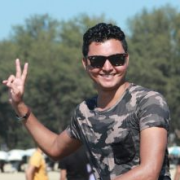