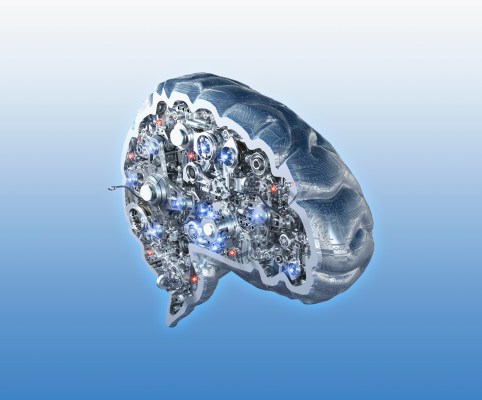 Today’s story gets at the meaning of existence, climate change, community and connection all within a beautifully intricate story that runs for just a few handfuls of pages. I was hooked, and so let’s talk about some of the messages Chiang wants to send as part of the piece.

Chiang has constructed a magnificent story around the most basic and forgettable of substances: air. He starts the story with what otherwise appears to be a normal day in the life of an everyday human, but within a few paragraphs, we learn that the narrator is “going to the filling stations” and it slowly dawns on us that the narrator — and all the people that populate this imaginative world — are actually some form of cybernetic beings, dependent on a mechanical supply of air for their machined bodies.

We learn that these filling stations, where people pick up their air supply, aren’t just refueling utilities, but are key community outposts where connections are formed between people. “For the filling stations are the primary venue for social conversation, the places from which we draw emotional sustenance as well as physical.” But that’s not all, Chiang writes. “… there is camaraderie derived from the awareness that all our air comes from the same source…”

As we learn as the story progresses, air isn’t just present in this universe — it is fundamentally the connective substance not only between every individual, but also the past and the future. Memories held in the brains of these individuals aren’t inscribed, but are rather reconfigured as air passes through them. Therefore, what is memorable — what is most visible — is ultimately a function of what is not even seen. The narrator describes this discovery as he investigates his own brain in an experiment:

Watching the oscillations of these flakes of gold, I saw that air does not, as we had always assumed, simply provide power to the engine that realizes our thoughts. Air is in fact the very medium of our thoughts. All that we are is a pattern of air flow.

What’s incredible about this story is that Chiang pushes this metaphor another layer deeper. The narrator learns that the world relies on the pressure difference between the air in the atmosphere and the air in each individual’s body, and that this difference is decreasing. Suddenly, the fate of the entire universe has become clear: There may well be air everywhere, but it’s the differential that matters, and that differential is slowly receding with every breath, every twitch of a limb and stray thought. Equilibrium — and therefore death — is just around the corner. Gloriously, Chiang describes the dawn of time:

The universe began as an enormous breath being held. Who knows why, but whatever the reason, I am glad that it did, because I owe my existence to that fact. All my desires and ruminations are no more and no less than eddy currents generated by the gradual exhalation of our universe. And until this great exhalation is finished, my thoughts live on.

This is an ambitious leap and one that springs beautifully from the page. We have gone from air as individual sustenance, to air as community resource and connective tissue, to air as the very meaning of existence, tied into a fate where we already know how the final chapter will be written. Here is the substance we never think about, and instead of being nothing it is actually everything we care about.

There is a parallel here of course to our own world. In much the way the everyday actions of the individuals in this short story deplete the pressure difference of their world and ultimately make it uninhabitable, there is clearly a connection to our own present crisis regarding climate change. How should we handle the fatalism of those climate trendlines that show Earth eventually dying off sometime in the future?

The story doesn’t try to minimize that fatalism. In fact, it actively diminishes the idea that there are technical solutions to these problems. Our narrator describes a sect known as the “Reversalists,” who attempt to build a machine that can increase the difference in air pressure in the universe. But our narrator isn’t optimistic, and essentially argues that such a machine is impossible to design.

Instead, the story exhorts us to revel in the limited time we have in this universe, even knowing that the world is going to come to an inevitable end. “Because even if a universe’s life span is calculable, the variety of life that is generated within it is not.” Rather than spending our limited time trying to push back the end (of the universe or of our own demise), we should instead ignore that fatal ending and focus on the present, and the wonders that we get to experience while the world is alive for us.

I can go on and on about air here, and indeed, multiple re-readings of this chapter have revealed new connections and symbols that are absolutely fascinating. But I want to move on to two other points that I think this short story wants to tell.

In the story, our narrator is an anatomist, who learns about a strange set of facts — that clocks appear to be changing speed in multiple districts in this universe. They learn about these facts, but unlike anyone else, they seem willing to ask more fundamental and deeper questions about why basic mechanics of the universe aren’t what they seem:

Most people suspected fraud, a practical joke perpetrated by mischief-makers. I had a different suspicion, a darker one that I dared not voice, but it decided my course of action; I would proceed with my experiment.

Our narrator explains that there is a reigning theory about the workings of the brain called the inscription hypothesis, which they reject. By the end of the story though, we see how our narrator’s experiment of opening their own brain and investigating its workings eventually overturned that hypothesis.

It’s not only a commentary on the scientific method, but I also feel that there is a point here about asking even the hardest questions about the data that we are seeing in our universe. We talk about this all the time in the startup world, but here we have in clear relief a person who didn’t just accept the prevailing theory of how something worked, or ignored the facts and data from their universe, or avoided approaching the hardest questions they stumbled upon.

Instead, they confronted them, and also did so individually, without the consent or approval of others. That’s a reminder that sometimes, when we are on the frontiers of science, that the hardest questions sometimes can’t be answered in collaboration with others — that the air that connects us breaks down here.

The other symbol I loved here is around the “experiment” itself. Our narrator builds a machine that allows them to dissect their own brain, and in the process allows them to see the true meaning of the universe. Chiang spends a sizable part of the story building up the dissection, going through with it and discussing its implications, and it isn’t hard to see why.

The brain dissection is a beautiful metaphor for literally “opening our minds” to new experiences and ideas. Our narrator carefully prepares to open their mind, splaying their brain out in a painstaking and careful order to understand its inner workings. As they do this though, they discover who they really are, and also the fate of the universe along the way.

It’s a gorgeous symbol, and like so much of this story, a layered opinion about what it means to be an individual and how we relate to each other. As Chiang closes out, “Contemplate the marvel that is existence, and rejoice that you are able to do so. I feel I have the right to tell you this because, as I am inscribing these words, I am doing the same.”

Some questions for “What’s Expected of Us”

Next week, we will read the ultra-short story (four pages!), the third part of “Exhalation” the collection. It’s an interesting meditation on free will versus destiny, and asks a lot of questions in a taut story. Have comments on what you read? Send them to me at danny+bookclub@techcrunch.com

Technologies That Will Shape The Next Decade - Forbes